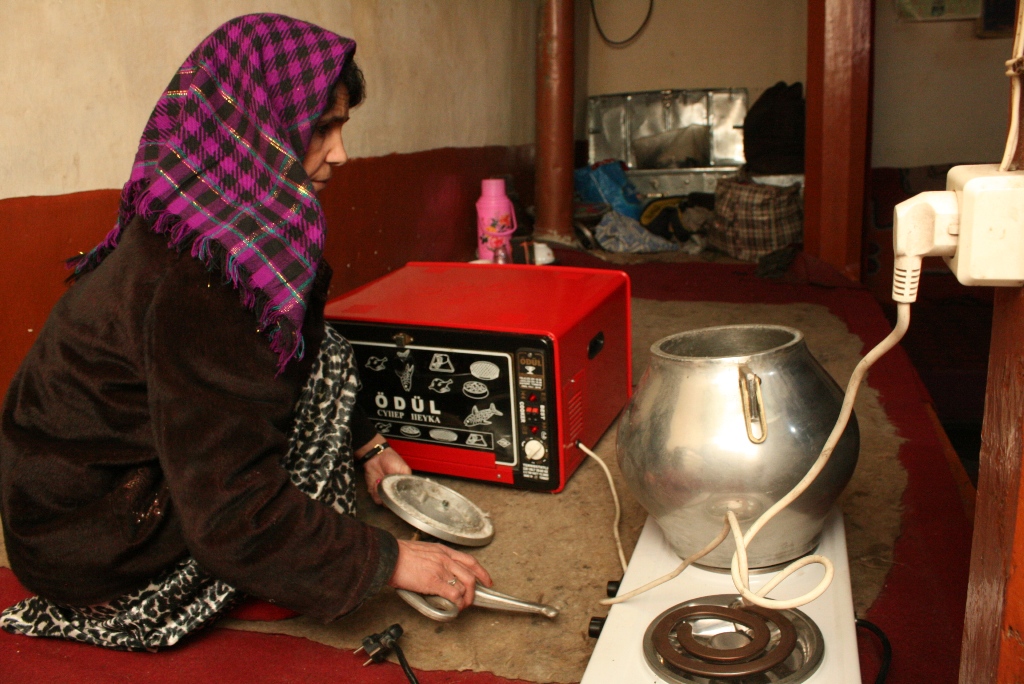 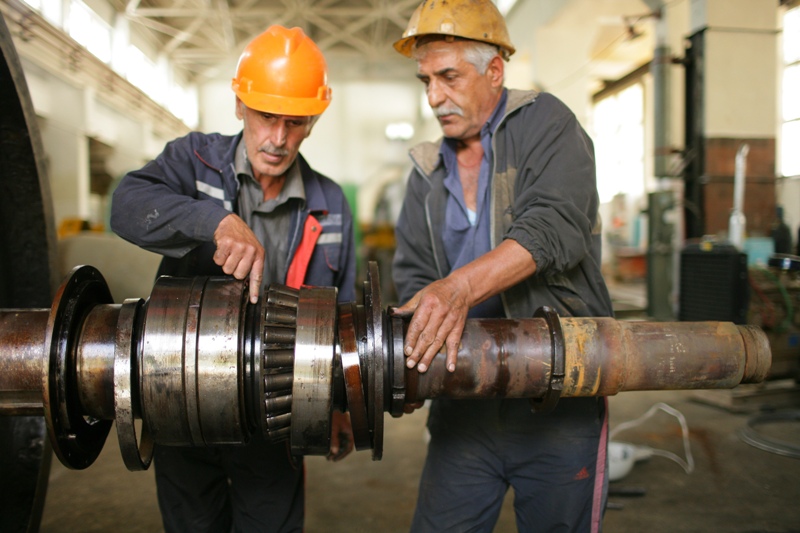 Since 2008, Pamir Energy has been working with donors to expand sustainable energy services from Tajikistan to northeastern Afghanistan by rehabilitating its transmission network, building distribution lines to Afghan villages, and training Afghan electrical workers. 28,500 Afghans are now connected to this cheap, green energy.

The remote northeastern Afghan province of Badakhshan has never had access to modern energy services. The economic and human development of the region is stifled by the lack of power, especially during the cold winter months when schools, health centres and businesses must close for lack of heat and light. Most of the province’s million residents rely on wood fuel for heating and cooking throughout the year, resulting in decimation of forest’s and a sharp increase in respiratory disorders due to long hours in smoky homes. Beginning in 2008, Pamir Energy (PE), a hydro-electric concern in Tajikistan, has been extending its services to villages along the Afghan-Tajik border, bringing them year-round, 24-hour electricity for the first time. By the end of 2014, 28,500 Afghans were connected to PE’s grid. In order to accomplish this, PE has undertaken a three-part approach. First, it has invested heavily in upgrading and rehabilitating the Soviet-era transmission infrastructure that it inherited at its founding in the early 2000’s. Second, it has built distribution lines across the Panj River into Afghanistan and installed outlets and meters in households, businesses, and government facilities. Third, it has trained employees of the Afghan national utility, DaAfghanBrezhnaSherkat, in proper maintenance of the infrastructure.This work complements other cross-border efforts by the respective governments and NGOs to promote health, economic development and trade, and adult education.

The project has enhanced the quality of energy for 75,000 people along theTajik side of the Panj River. By the end of 2014, over 28,500 people were accessing reliable power supply in Badakhshan, Afghanistan. PE plans to connect 200,000 more Afghans, pending additional funding and investment.

The project provides year-round, 24 hour electricity to over 28,500 people, health clinics and schools in Afghanistan. The transition from diesel, biomass and wood to hydro electricity reduced monthly household energy bills from $98 to $15 and significantly reduced regional deforestation and greenhouse gas emissions.These savings are being used to purchase high-quality food. Surveys conducted by the Aga Khan Foundation and PE show that the rate of respiratory disease in connected households is down by 52%; more among women and children. A greater range of health services is now available at local clinics. Women save four hours per day formerly spent collecting wood, time which is now used helping children with schoolwork. For the first time, computers are available in schools.The project employs 37 Afghans in operations and maintenance, and Afghan business people are able to use machines for light manufacturing and food processing, which formerly were too expensive due to the high price of fuel.

PE oversees construction of the grid/facility in Afghanistan and upon completion hands it over to the Afghan energy utility DaAfghanBreshnaSherkat (DABS).DABS staff accompany and work alongside PE staff during construction and installation. This hands-on practical training ensures efficient management of the infrastructure after handover. PE then sells power with wholesale tariffs to DABS under a Power Purchase Agreement that regulates electricity provision between the two companies.

PE has learned to ensure alignment of its standard 10kV distribution network with the Afghan standard of 20kV, after initial frustration with the difference. PE has gained extensive experience figuring out how to transport materials and heavy equipment and organizing work to fit conditions in Afghanistan, where villages often have no access to roads or bridges. Finally, PE has learned that it must complete indoor wiring itself, as proper wiring is essential for proper billing and collection, not to mention safety.

PE has invested USD37 mln to repair the existing Soviet-era grid it inherited in 2002. And it has changed virtually every aspect of its business since that time: retrofitting new equipment and systems at its hydro power plants, devising new schemes for ice and water management, commencing a complete re-metering, devising a new billing system, and implementing new tariffs and subsidy mechanisms, among other things. This has enabled an increase in total installed capacity from 33 to 43.5 MW and slashed technical and commercial losses (12.5% in 2014 vs. 39% in 2006), which has allowed export of surplus energy to Afghanistan. PE implemented these changes with the support of local and international partners. Scale-up is underway,with plans to connect 200,000 more Afghans by 2020, subject to donor support. The UN Economic Concil cited PE and its cross border projects as a model for replication in other countries (e.g., China and Pakistan). Monitoring is carried out two years after each new village is connected, to report on the sustainability and the impact of the project.

To date a total of USD 18.5 million has been invested in cross border projects by USAID, Norwegian Ministy of Foreign Affaris, PATRIP Foundation and Aga Khan Foundation. Over time, these projects have allowed PE to transition its cross-border power provision from a social development programme to a sustainable part of its business – a significant contribution to the long-term, regionally-led economic development of the cross-border region. PE also undertakes local staff capacity building to ensure a proper management of the handed over utility. PE provides yearly training to DABS in Tajikistan on electrical engineering, operations and maintenance of equipment,tariffs, billing and collections, metering and identification of power theft, occupational, technical and fire safety, and energy efficiency. It remains available to assist with emergency repairs as well.