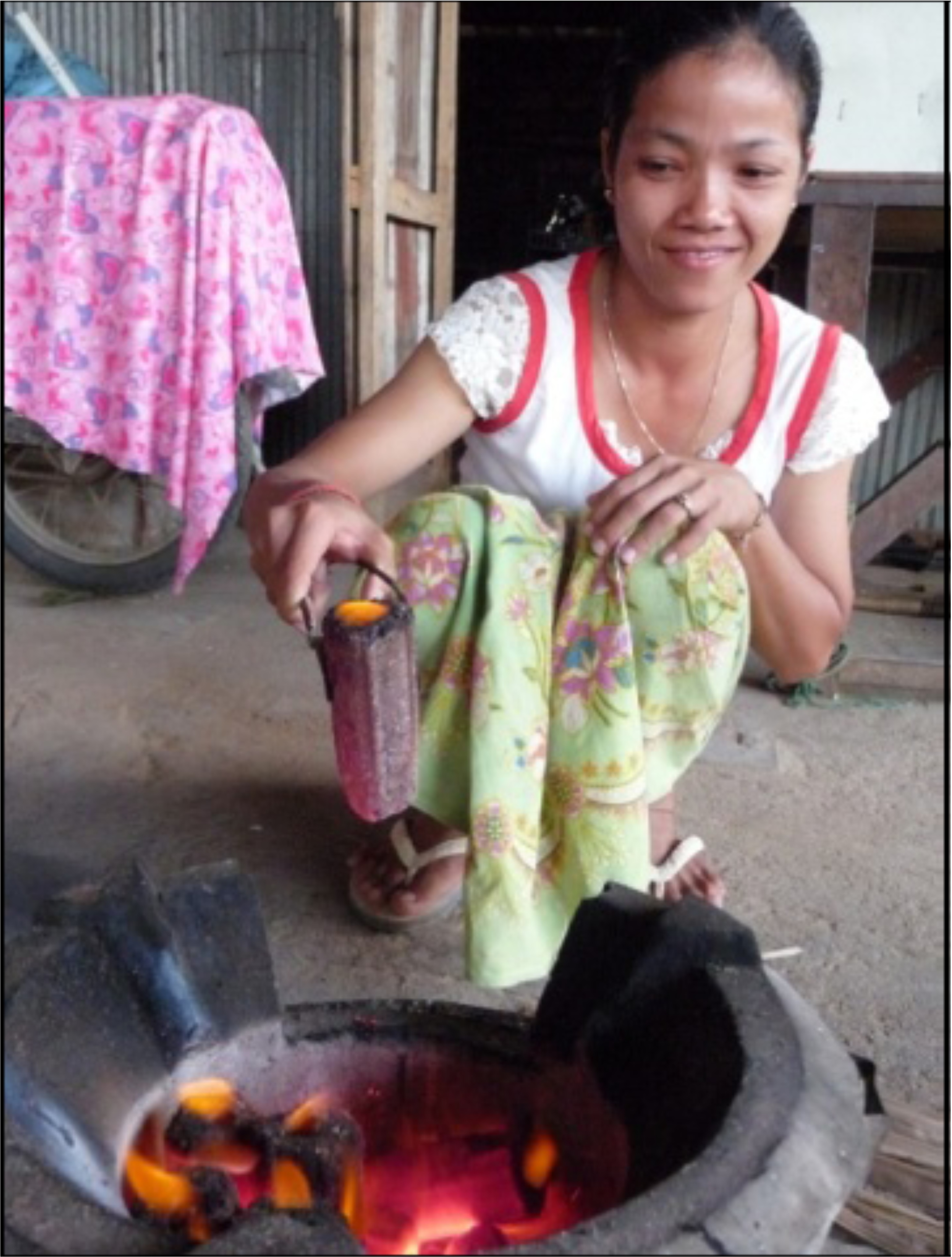 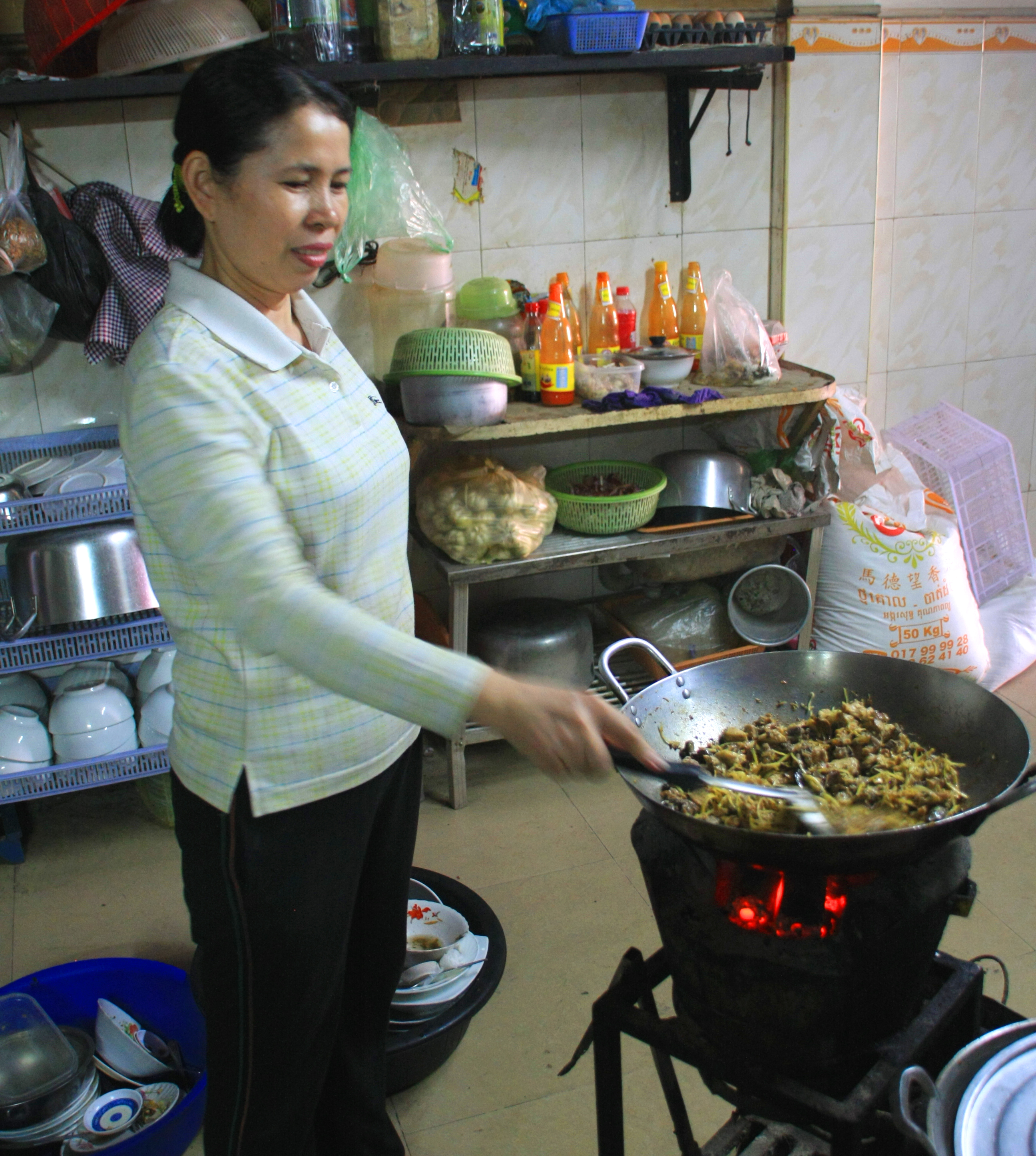 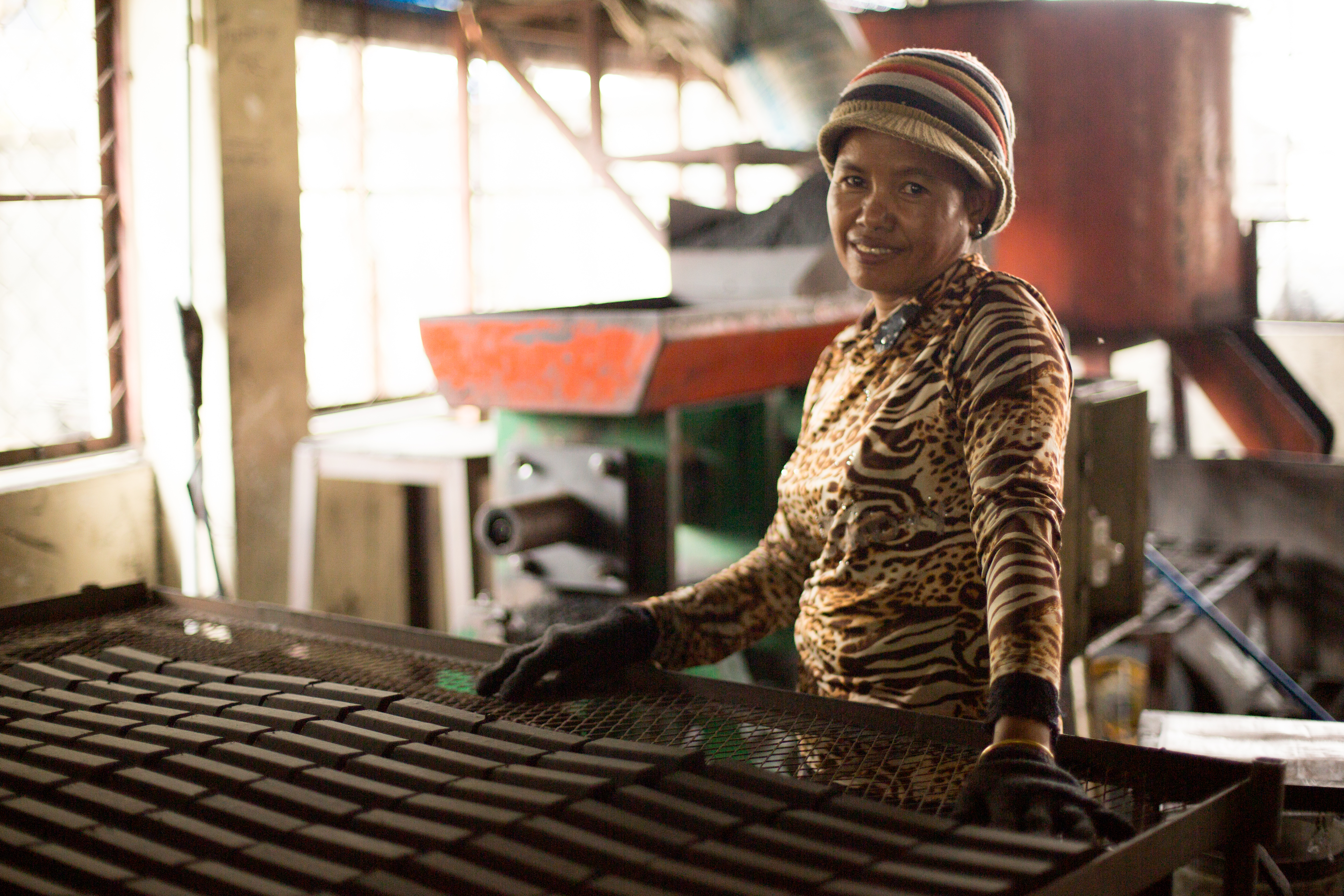 Cambodia is facing both, a problem of massive deforestation (Cambodia lost 2.9 million hectares of forest, 14% of its land, between 1990 and 2010) and a high poverty rate (categorized as one of the poorest countries in the world). The traditional charcoal, produced with wood deriving from illegal logging, is still one of the principal sources of energy for cocking in urban areas in Cambodia, causing all problems related to cooking with charcoal (safety and health hazards), in addition to the reduction of thousands of hectares of natural forests every year. The main project goal is to provide an alternative sustainable cooking fuel (renewable and clean energy) to the Cambodian population, to replace the traditional charcoal. In addition to the environmental aspect, the project has also an important social mission, which is to reduce poverty in Cambodia and specifically in the area of Steung Meanchey, a suburb of Phnom Penh, where the recent closure (2010) of the municipal dump-site left the local population represented mainly by waste-pickers without any source of subsistence. To reach its objectives, the project had to set up a fully viable economic activity, represented today by Sustainable Green Fuel Enterprise, a factory producing char-briquettes from biomass waste and hiring its workers from the poorest segments of the population and providing them with social working conditions (salaries, health care, safety, etc.).

Over 80% of the population in Cambodia still uses biomass (wood or charcoal) for their daily cooking purposes. Charcoal is used primarily in urban areas (by 32% of the population), where the poor families use charcoal because alternative cooking fuels as LPG are still too expensive (1.25 USD/kg).

By selling its char-briquettes, SGFE contributes directly to the prevention of the deforestation caused by traditional charcoal production. Since SGFE’s raw materials derive from recycled biomass waste and thanks to the highly energy efficient and clean production process, each ton of SGFE’s char-briquettes leads to a reduction of 16.45 tons of CO2 emissions. Only in 2014 SGFE has achieved a CO2 emissions reduction of about 8,000 tons. Today SGFE sells about 50 tons of char-briquettes per month, reaching an equivalent of 1,500 households, small restaurants and street food vendors, who use a healthier (less smoke), safer (no sparks) and overall better quality (burns longer) cooking fuel on a daily basis. SGFE's char-briquettes are sold at the same price as the traditional charcoal. SGFE has 25 employees (16 men and 9 women), who were former wastepickers and today have a stable job with fair salaries, health insurance and other benefits, which make SGFE as a social enterprise.

SGFE was created in 2008 as a result of a joint project of 2 NGOs and it became an independent private company in 2012. Since then, SGFE has gradually reached financial sustainability, breaking even in 2013 and making a profit in 2014. Most char-briquettes project in the world are based on micro/small-scale production systems and rely on subsidies from international organizations. On the contrary SGFE's business model is based on a large scale industrial production system, leveraging economies.

SGFE started its operation in January 2010 and at the end of 2011 SGFE was already facing the risk of closure, since the founding NGOs, who were subsidizing SGFE's finances, had terminated the budget dedicated to the project. The current owner took SGFE over from January 2012 to try to save it from closure. Through state of the art production management, renewed marketing strategies and sound development of its supply chain and distribution system, SGFE succeeded in breaking even within 2 years, increasing production and sales by tenfold, from 5 to 50 tons/month. Innovative social enterprises need to be managed as professional and as efficient as traditional businesses, if not even more!

Proven its economic sustainability, SGFE undertook a growth path which will allow doubling up production and sales in 2015 (from 50 to 100 tons/month). SGFE has created a well-established and growing new economy around its activity, composed by raw material suppliers and distributors of its product. In Cambodia, SGFE works with partners on technical developments and works with the government at the National Sustainable Biomass Strategy. At international level SGFE is a reference for char-briquettes production, offering at times its expertise to projects in other parts of the world. SGFE has carried out and published lab analysis of its product, it certifies its CO2 emission reductions (VERs), and in 2014 it has carried out and published a full Life Cycle Assessment. At a glance, SGFE provides its customers with a renewable, clean and higher quality cooking fuel, ensuring environmental sustainability and eradicating extreme poverty through a social enterprise model.

Technology: SGFE has developed and uses innovative kilns to transform biomass into charcoal. The kilns have been developed by adapting and up-scaling a technology used in gasifier cookstove called TLUD (Top Lit Up Draft). An advantage of the TLUD kilns is that they burn all synthesis gases produced during the charring process, resulting in a very clean process. Furthermore, SGFE has developed an energy efficient method to reuse the heat produced in its kilns, recycling it to dry its char-briquettes. Vision of the future: SGFE puts foremost importance on education as a catalyst for sustainable development. SGFE facilitates the schooling of all its employees’ children through the collaboration with a local NGO. In addition, SGFE often hosts factory visits for Cambodian and international school and university students, with the aim of increasing awareness about clean energy, environmental protection and social inclusion.