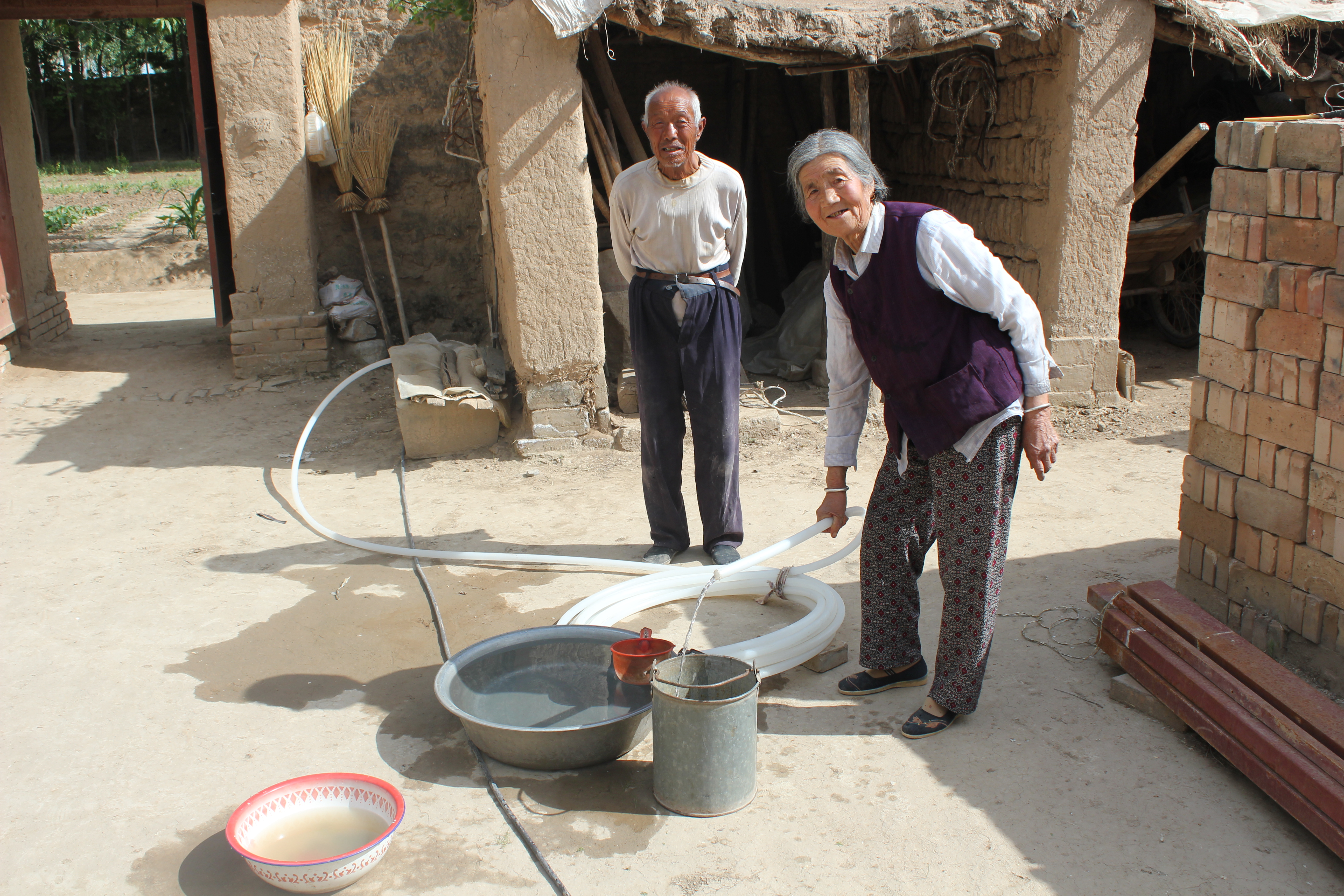 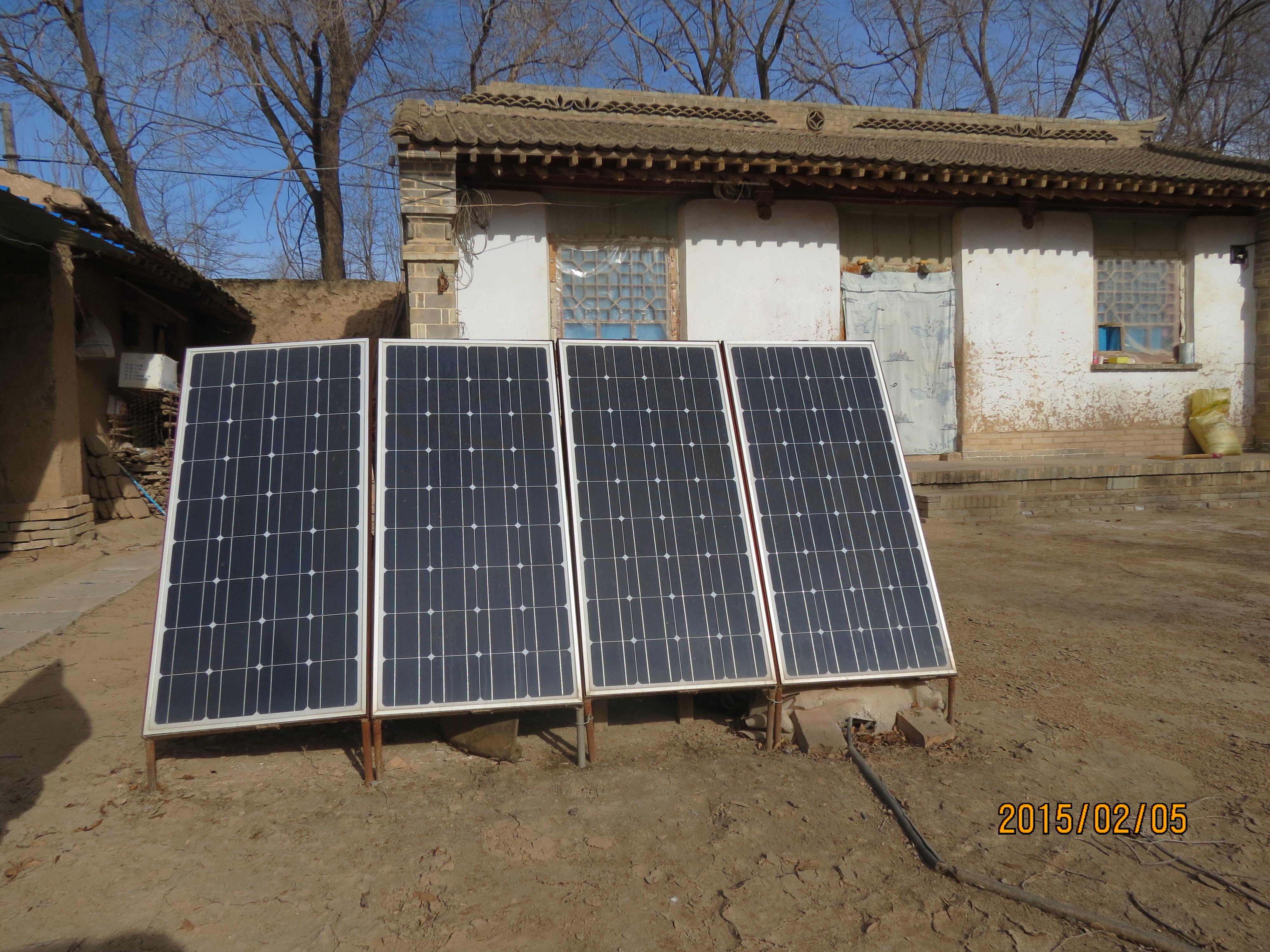 Solar Water Pumps for the Poor in China, a Quasi Middle-Income Country

This initiative was started up in 2006 with a PV water pump first installed in Ningxia province and still running well, plus a second one in 2012. A scale-up with several such pumping systems is expected as a long-term sustanable programme to fight poverty and spread support to the local economy of one of the poorest territory of China

2006 was the Year of Italy in China, thus the idea to start up a sustainability-based support scheme for one of the poorest shepherds desert village of one of the poorest inner province of China took place. The existing relationship with north-western Ningxia-hui autonomous regional government let kick off a donor program, despite only pure business was and still is facilitated and subsidised to take off (including the renewable energy sector, where local companies are supported) according to the pragmatic view in China. Proven this special purpose DC-powered piston pump as fully reliable and being so clear the replicability, after re-iterated requests to the regional government to set up a program of mass-deployed PV pumping systems, 6 years later it was decided to donate another such pump, in a province where the previous sparked economic boom have been recently replaced by slow-downing and unprofitable real estate investments through massive bank loans. A certain “push” was needed to make the second pumping system done and only when it was understood that the first pump has been giving an economic benefit to the villagers, the regional authority started to identifying the right location with an existing and workable water well. An un-easy job as it took three trips. PegasoCanton Srl is the prime-mover and manager of the project. For the first pump, the manufacruring partner, Fluxinos Srl, donated both the pump and the relevant maintenance works which were needed after the start-up

The local government involvement was key to arrange the logistics and raise awareness of the usefullness of such system. As an indirect result, the first set-up did represent a sort of on-the-job training for few of the regional government young staff so that six years later the second pump was installed almost entirely by the locals with just the donor supervisory. A clear capacity building outcome. The project has a long-term sustainability whereas we are in a dry and sunny region with several scattered small villages of sheperds (the supply-base for Ningxia-hui cashmere industry) in the desertical north and peasants in the agricoltural south. An immediate scaling-up is possible as the chosen pumps have that little flow-rate which poses no risk to depleting the reservoirs, yet are enough to the animal watering and land plowing. The running pumps avoid manual work in-primis, mainly done by women indeed. But more over, the continuously available water flow has helped to breed more sheeps with an increased income for the mud-haused villagers, while enabling to support the micro agricolture outcome of the second brick-housed villagers, plus allowing the set-up of a back-up water reservoir for the families in case of power black-out or water supply cut off. Few more small drops, literally, which have been helping two micro rural comminities to possibly exit poverty, in line with the Millenium Development Goal, and this was done through sustainable energy systems which raised tangible awareness on solar power technology. A good practice which long term results would be a mass-deployment of such pumping systems

The business model has actually being already experimented elsewhere, with the partnership based on a sharing of procurement in order to let the local beneficiaries be and feel the co-ownership responsability to handling the systems with proper care. So Ningxia-hui government side, the PV modules were purchased. Economically and socially, the benefit is tangible as being linked to rural families and micro business towards poverty alleviation. Thus, the pre-condition to arrange a big-scale program of such pumping systems stands in the successful running operations so far, with the regional government still monitoring with an eye to keep supporting the local economy

As a matter of fact, China, and other emerging and/or already “middle Income” Countries, have all the possibilities to implement poverty eradication actions. Foreign aid should not be offered to replace such responsibility, yet even so we have learned we can play a role (a small one) by supporting a social policy via a technical project and the needed assistance. Though China might have had a limited fiscal space for redistributive action, which makes it complicate to pursue the goal of eradicating poverty in the short term, we acted as stimulus. And so was with the second pumping system, installed six years after because the regional authority (centrally instructed) does dictate the policy‘s priorities versus such a financial downturn of the last years. As a matter of fact, to have any possible stake-holder involved in our foreign aid project is probably another learnd lesson as a base of success

Two simple PV water pumps as a tool to contribute to alleviate poverty of few poorest families in a Country which has been emerging from the general poverty and underdevelopment at the turn of the new millenium, and in a remote region that was not a part, or was just at the dawn, of that formidable growth of the previous two decades. We are in a very sunny region with mainly an agricolture and pastoralism economy and with the problem of water which is as a general issue in all northern China. The specific little solution to such a clear problem appears to be the norm indeed. Any variable was in the right place and they are all described above, not last the momentum China was having on her way to become the world top solar PV (and solar thermal too) manufacturer, yet all for export those times. The expected and aimed spread of such installations around the province would tell if a donation of advanced reliable product from abroad could have also meant a successful business marketing strategy to the foreign manufacturer, a due dissemination of the outcome to the population and a rilevant possible technology transfer to the local Chinese industry. A shared benefit for any stake-holder of this project

Despite a significant reduction in the number of people living with less than 2 € in the last 25 years, presently the emerging and “middle income” Cuntries concentrate more than two thirds of the absolute poor population on a world scale. China is at the top of the list together with India (both with 150 million people). This geographical pattern is entirely new if in 1990 over 90% of the absolute poor used to live in low-income countries. In the same time, the world registers an increasing levels of inequality and social/regional fragmentation after over one century of general opposite trend. In China the Gini index is already very high at 0.48, although unofficially it is estimated (among others, by the South China Morning Post of Hong Kong) to be close to 0.60. The above information in order to highlight how important is to keep doing foreign donor and cooperation projects also in emerging Countries and particularly in China, despite some Western Countries already stopped public development support a few years ago