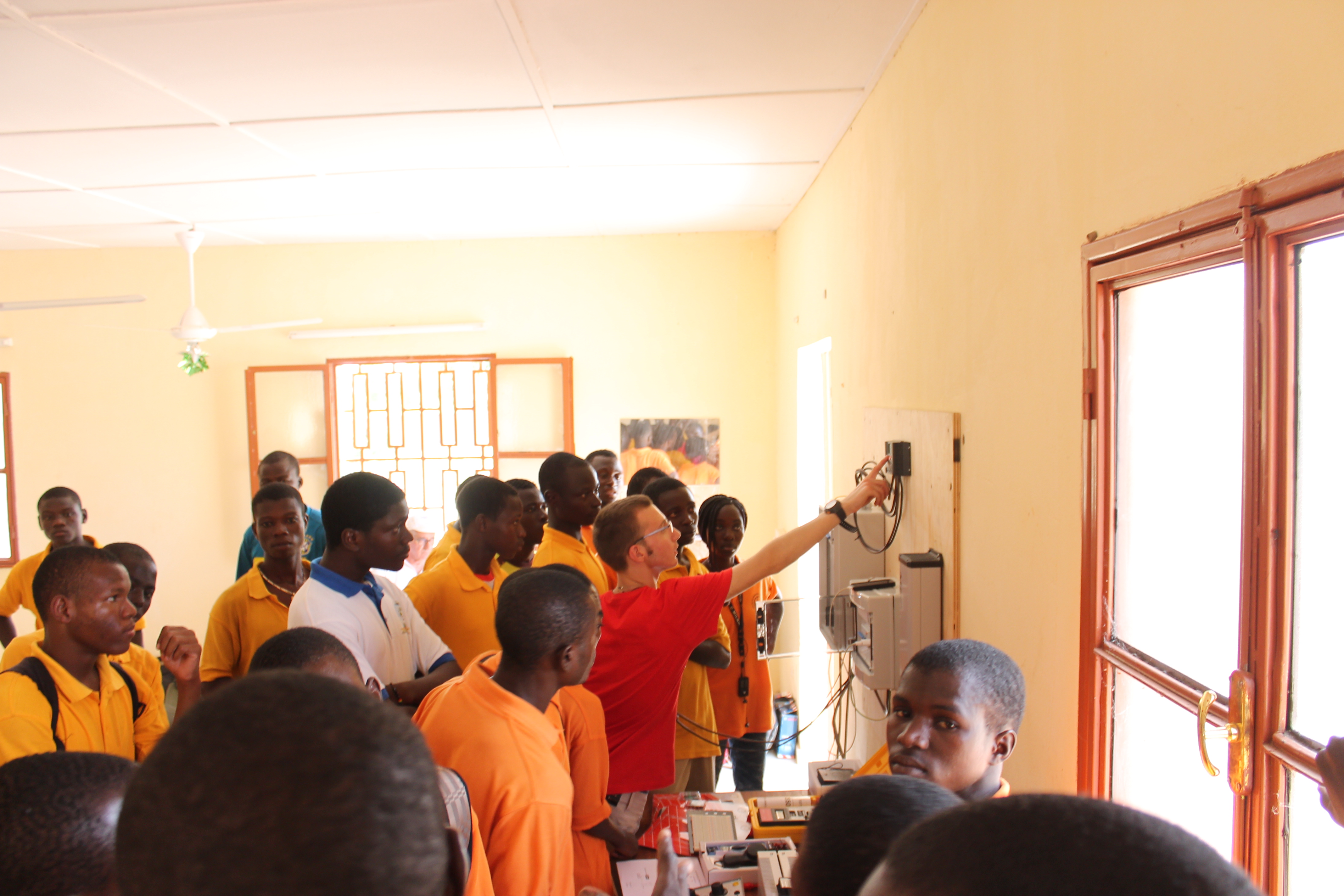 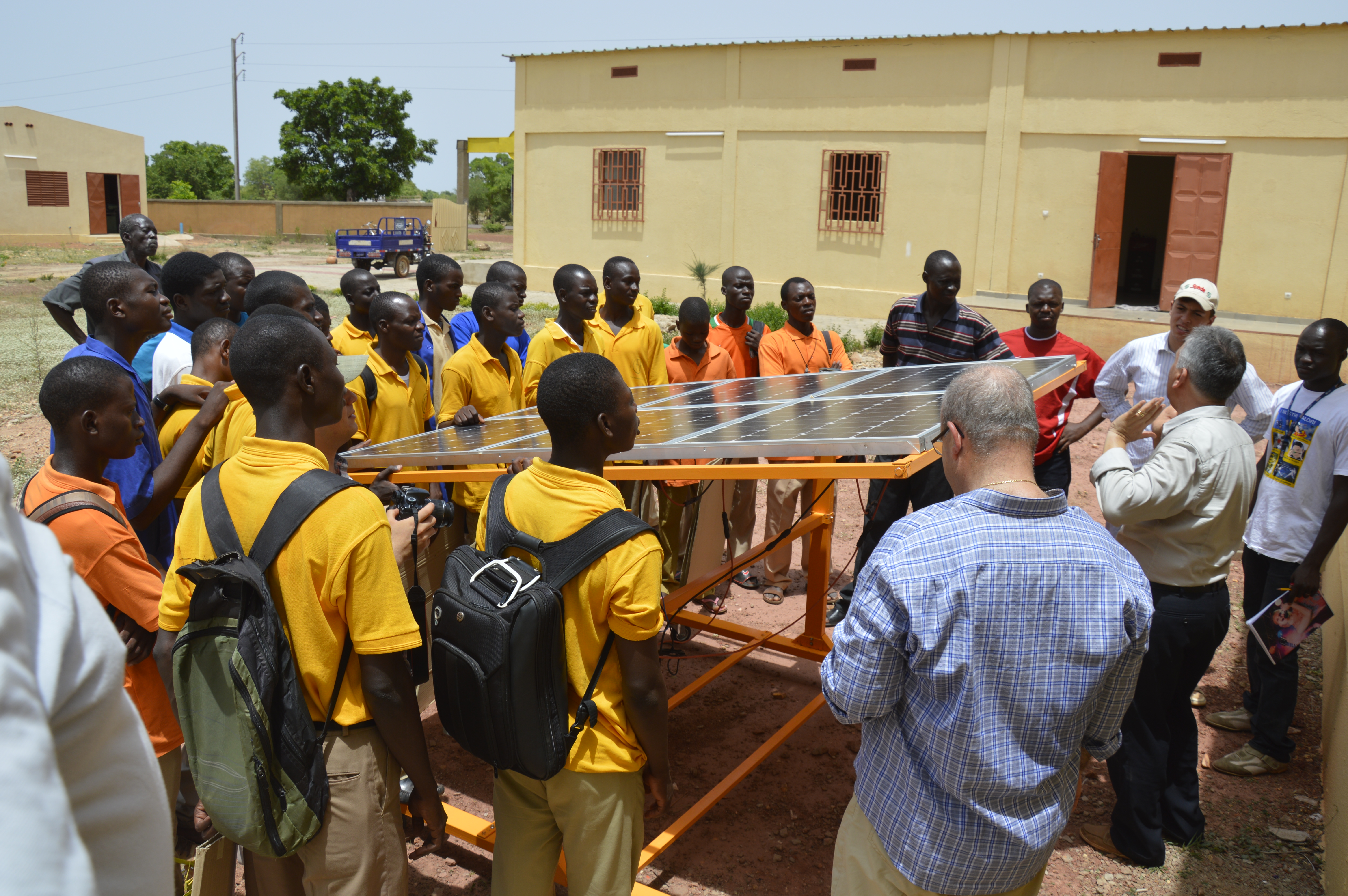 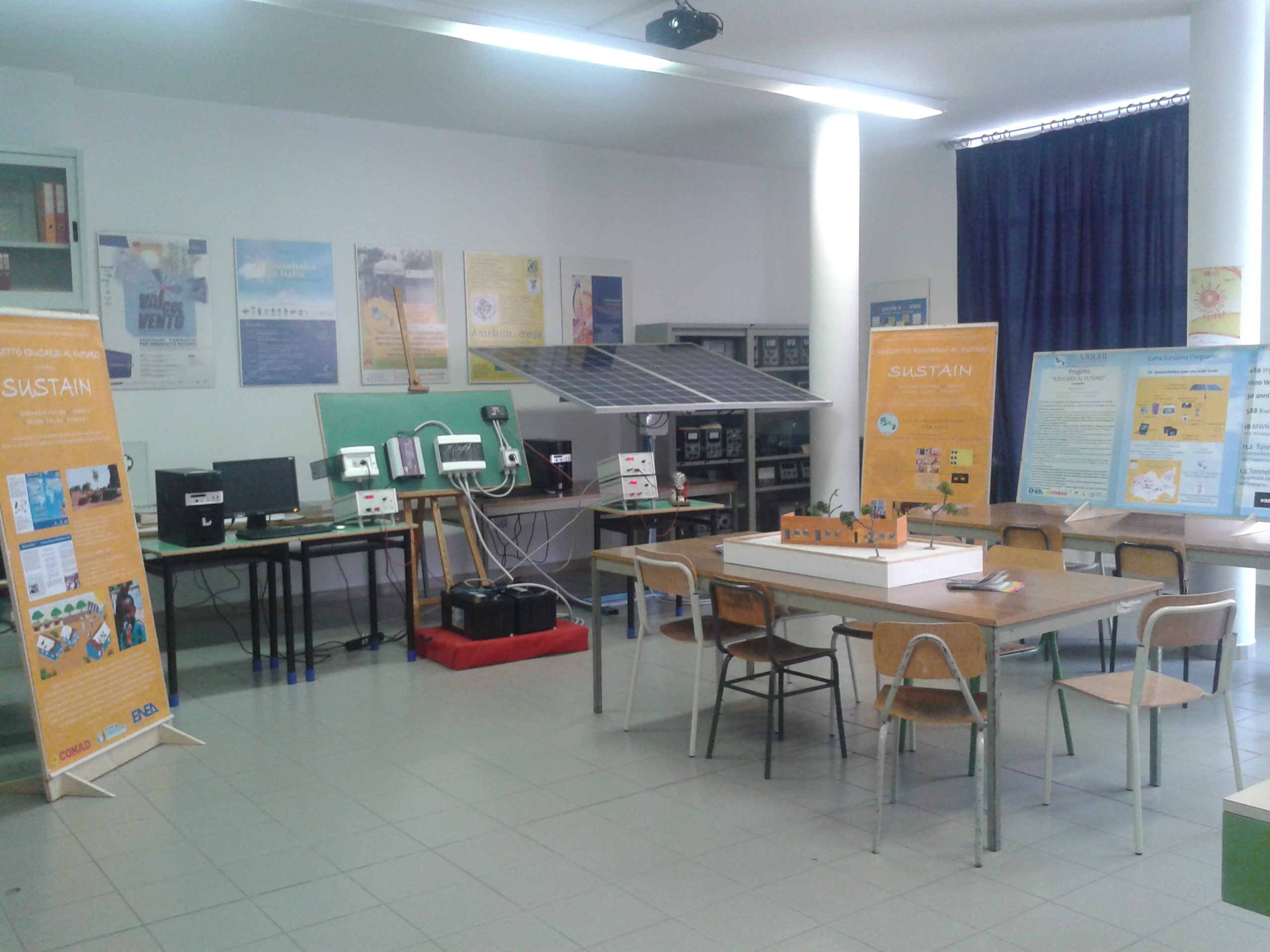 Sustain promotes partnerships between Italian and African schools .The goal is to establish new relationships between the students living in the North and South of the world.Besides cooperation projects on the spread of new technologies and renewable energy will be made for the sustainable development of rural communities.

SUSTAIN is a project of international cooperation between schools.It promotes the development of the countries of SUB-SAHARAN A AFRICA through the vocational training.The project was funded by the National Council of The Students(MIUR) with the scientific cooperation of ENEA the National Agency of Research.The project is carried out by the High Secondary School ‘Righi’ of TARANTO in partnership with a school of Burkina Faso –the Centre of Formation Professionelle of FADA N’GOURMA.The activities of the Italian School ‘RIGHI’were :a)) teaching programming of a training course on the design,installation,testing and maintenance of photovoltaic systems; b)working out a handout in Italian and French on the photovoltaic systems and an instruction manual for proper installation;c ) Mission in Burkina Faso and delivery of an educational kit as well as instrumentation to accomplish a laboratory for the electrical measurements of testing photovoltaic systems;d)Vocational training of 28 Burkinabe photovoltaic technicians in partnership with the Centre of Formation Professionelle of the town of Fada N’Gourma ; Design and Achievement of a prototype of a photovoltaic plant in island to electrify schools in rural villages; Defining four schools to be electrified by the above mentioned 28 technicians in rural villages with the local authorities in the province of Gourma.

In May 2013 a photovoltaic kit was delivered and built in Burkina Faso during a mission .It was given by the students ,teachers and staff of IISS Righi Taranto .It was sponsored by Conad. A laboratory of electrical measurements was equipped and its instrumentation was bought by means of the funds of the National Council of Students.The first course on the photovoltaic system was carried out in the school year 2012-2013 at the Centre of Formation professionelle of Fada N’ Gourma. The course lasted 60 hours and handouts were written and translated in French at Righi school. The course was held in Africa by a teacher of CFP who was trained through the educational material sent to him.In this way 28 Burkinabe technicians were trained with a specialization on photovoltaic systems. The above mentioned technicians will install all the kits given by the Italian students. Moreover the technicians will be responsible for their maintenance.

The students of an Italian school ,with a contribution of 1or 2 euros can buy a photovoltaic kit and enlighten a school of a rural African village,free energy.But these kits will not be cathedrals in the desert!!!Thanks to the training of local technicians in the African schools in partnerships with the Italian schools will be able to be installed and maintained over time in such a good efficiency to enlighten the Burkinabe classrooms for decades.

Making a training with an African school is very complex but at the same timeit is very exciting.The most important problems are linked to the geographical and cultural distance. A Partnership Document is not simple for a series of misunderstandings that can arise in the communication both linguistic and cultural. Particular attention must be given to people’s reactions to a new proposal of innovation .The Africans are more relaxed than the Italians.Agreements must be conducted without giving the impression of bliging the partner to take responsibility.

Sustain project developed at Righi school of Taranto sees the school as a subject of international cooperation(Forum of International Cooperation in Milan October 2012.It provides for the training of photovoltaic technicians in the countries of Subsaharian Africa to entrust the installation of solar energy plants in island for the primary education of boys and girls as well as street children.The main objective was to define and make a prototype of a replicable project starting from the agreements of partnership ,definition of teaching supports, teaching programming ,send mode of photovoltaic kits as well as cooperation aspects.This prototype can be replicated not only in the other regions of Burkina Faso but also in other areas of Subsaharian Africa like Mauritania ,Senegal and Ivory Coast.

Sustain provides the realization of a pilot- project of a sustainable village school aimed at showing practical possibilities to make self-sufficient a community of 200 students in a rural African village for the production of energy necessary for life in the village,through the use of solar energy.Thus The National network of schools for a sustainable future was constituted in Taranto. The Righi school is the leader of this organization. Each school of the network is important for its features and specialization .Each school launched a series of teaching projects aimed at the training with a network of homologous Burkinabe schools in different areas.The following areas will be considered:Procedures with rapid tests for microbiological and chemical analysis as well as water purification;Prevention and prophylaxis of diseases;The start up of an agricultural –experimental field using solar pumps;Communication with the other countries.