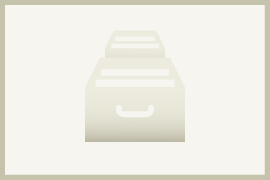 The National Power Plant of Mali known by the name of Energie du Mali (EDM -SA ) launched in February 2011, its first diesel hybrid solar power plant, installation of a composite 440 kilowatts for supplying the rural commune of Ouéléssébougou , near Bamako, the Malian capital.

The power plant is the result of Public- Private Partnership between EDM and BCI which involves the installation of a photovoltaic solar plant on isolated production site of SHS Ouéléssébougou where existing two generators. As such, the hybrid plant uses depending on the time of day, or the electricity produced by the solar panels or by the generators. So during the day, the 500 subscribers are served by solar energy, while the generators take the night relay. This allows a reduction of about 75 % of the time of operation of the two generators. Achieving cost 1.2 billion CFA francs. The work was carried out in eight months by the Malian company ZED -SA. The project has several components: a thermal production through two generators of 220 kilowatts each; a solar production supplied by a photovoltaic solar field with a capacity of 216 kilowatts; a system of energy storage batteries; a set of inverters with a capacity of 660 kilowatts; a protection system and finally a discharge system with a step-up transformer with a capacity of 400 kilowatts.

This project has resulted in substantial savings in fuel consumption and therefore a reduction in greenhouse gas emissions resulting in preservation of the environment so dear to our country, victim of recurrent droughts. Modern techniques of using solar energy ( captured or from other processes ) , make it possible to have water for agriculture , conservation of food products , heating of the water, lighting and electricity supply to some industrial units. That is to say today that for these rural populations who benefited from this project, they can work to easily get food security. In addition, the use of this new energy has been contributing to the liberation of women multiple demanding house chores for the benefit of educational, health. Their participation in development of their community has been increasing. It has also created new jobs in the Information Communication Technology (ICT) sector such as small entrepreneurs who created their own Cyber Cafés. A typical cyber café has a photocopy machine, scanning machine, computers connected to internet so that young people come and surf on the internet. They also offer services such as typing people’s documents. Women have also benefitted from electricity because some have purchased a refrigerator or freezer to sell cold drinks, cold water, ice cream and cold local drink such “non- alcoholic ginger beer”

• This project was designed within the framework of the national energy policy particularly the Malian National Strategy for the development of Renewable Energy. This is a success story for one of the long term sustainable solutions for provide electricity to its population. • This is the first experience in promoting solar energy by producing a solar - diesel hybrid power plant. • The entire project was performed exclusively by Malians therefore by local expertise that proved to be qualified to do this kind of job. It allows a reduction in greenhouse gas emissions.

The technological innovation of this project is the distribution of power through different sources in this hybrid plant: Schedule of operating time for the hybrid plant - First Shift: from 9:00 a.m. to 4:00 p.m. , power distribution network is provided by the photovoltaic field ; -Second Shift: from 4:00 p.m. to 2:00 a generator works; - Third shift from 2:00 to 7:00 the batteries power the network - Fourth Shift: from 7:00 to 9:00 a generator works

Increase nightly business opportunities for rural populations, make the villages safer, and reduce insecurity Issue 1. Lack of sun 2. Maintenance 3. Low cost production Solution 1. When there is no sun, the generator takes over. 2. A feasibility study was done and it was recommend to select a competent team to address all the issues stated above. The team will have a better knowledge of the city and will look at its expansion strategy. The study discovered many elements such as: - firewood was used during the cold season (November to February)- there was no factory to increase the demand and so on 3. The government has the authority in deciding the unit price The hybrid power station which is using diesel generator technology, coupling three diesel generators (2 units with 220 kW each and another with 364 kW) to a solar 216 kWc field.