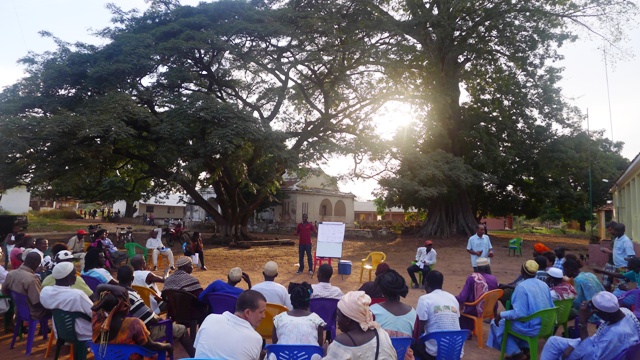 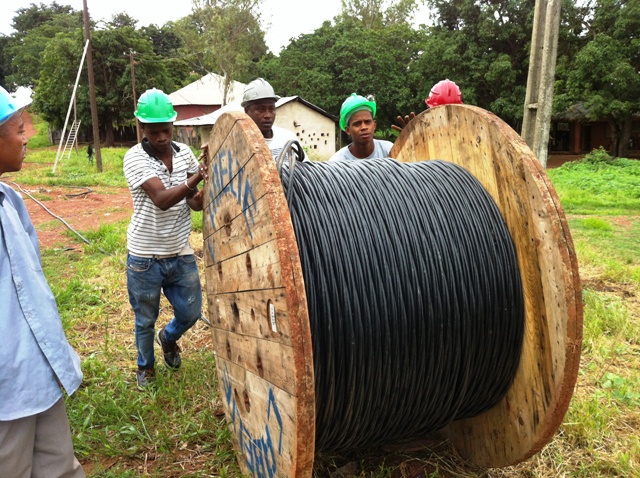 Access to electricity in Guinea Bissau is deficient, below 10%. Communities in rural areas depend on traditional energy sources or on privately owned generators. Bambadinca is a community with over 1.000 households, where, in 2011, 96% of the families depended on candles and batteries, and 60 households accessed electricity through a generator working 5 hours/day and charging 10EUR/month/per light bulb (TESE, 2010). As a result, each household was channeling, in average, 24% of their total income to suppress their electricity needs. The mini-grid enables access to energy to 85% Bambadinca’s households, enterprises and institutions, while never loosing focus on its sustainability. This energy utility is managed by ACDB, a local association already managing the water supply in the village, through an autonomous energy unit – 11 trained technicians by the project to efficiently and professionally manage, operate and maintain the energy service, in partnership with Governmental and Traditional authorities. Sustained by an ability to pay study, the tariff was set to guarantee cost-recovery while reducing households’ energy expenditure. Within the main activities can be highlighted: i) the power plant and grid works; ii) the homologation of an exploration agreement with the Energy Ministry; and, iii) ACDB and energy team in-depth training (through formal & informal methods, including internships in the national utility) that led to the development of the business model manual.

The main achievement of project implementation is to increase the number of households and institutions with access to electricity from 5% to over 85%, while simultaneously diminishing the energy expenditure, in average, from 24% to 5% or 10% and guaranteeing access to clean and reliable energy. Further, to expected direct impacts in education and health, impressive indirect results have been achieved. New businesses have been established both linked with access to energy (for example, a cybercafé) and to services’ provision (as a poles’ carpentry). This is crucial for long term sustainability as these relations of interdependence sustain new market dynamics, independent on the project. Also, price of goods which use energy as an input have drastically dropped, being the best example the cost of ice (over 50%). This also indirectly affected households’ expenditure

A tariff study was developed and a participatory methodology linked to the discounted cash flows approach used to establish a non-profitable tariff that considered cost recovery of all MO&M. A 20 years length period was defined and a conservative scenario adopted considering replacement periods. The tariff, a pre-paid energy based tariff linked to time-of-use with a power limitation, is in accordance with Bambadinca’s ability to pay, and thus financial and social sustainability are linked.

In the first 2 months of operation, the energy service achieved 200 clients, a much higher value than predicted. Thus, willingness to pay should not be underestimated and an optimistic scenario can be envisaged. Regarding infrastructure, and given the complexities inherent to innovations never installed in the country, all works’ contracts (power plant, low and medium voltage grid and meters) should be considered under one contract facilitating commissioning. For local unbankable associations, first months are crucial as revenues are growing but fixed costs are steady, namely to pay salaries. Thus, projects should not neglect the need for investing in the operator or a short-term credit.

Partnership/Ownership: Responding to lack of resources and the absence of a dynamic private sector, the utility management is sustained by a Public-Communitary’ Partnership (PCP), developed between ACDB, traditional leaders and the DGE. On ownership, it is important to highlight that the energy team is 100% from Bambadinca, and the community response to the project culminated with terrain ceding and a participatory video production. Replicability/Monitoring/Assessment: The utility was from the outset developed as a pilot-solution to densely populated rural, to be replicated through a strategy led by local authorities. Responding to the project achievements, TESE and DGE are currently working under the GEF-UNIDO National Program and in 2015, pre-feasibility studies will be developed to achieve this aim. Also, GEF will continue to monitor the energy service evolution, following project conclusion, which will contribute to a better assessment of energy access and energy demand.

Bambadinca is currently the only village (excluding Bissau) to have a functioning energy and water supply service that benefits the overall inhabitants, which has also led to increased pride by all inhabitants to live in Bambadinca. Whilst working for less than 3 months, the execution of new energy contracts has been halted as the technical team could not connect clients at the same demand pace, and thus to avoid more than two weeks of waiting between contract signature and energy access. The energy service has led to a boost in economic activity, with prices dropping and new businesses creation, which has had spillovers in: i) increase in the number of people living in Bambadinca; ii) increase in households’ income; iii) increase in new businesses.