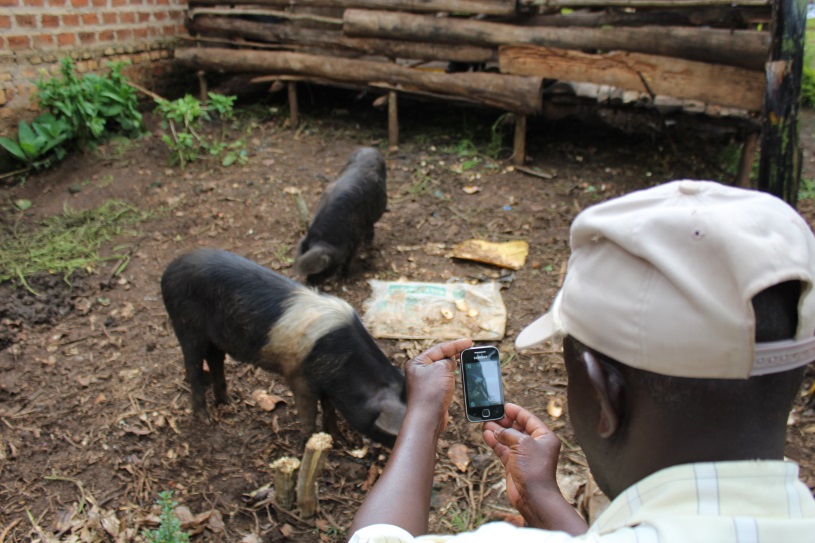 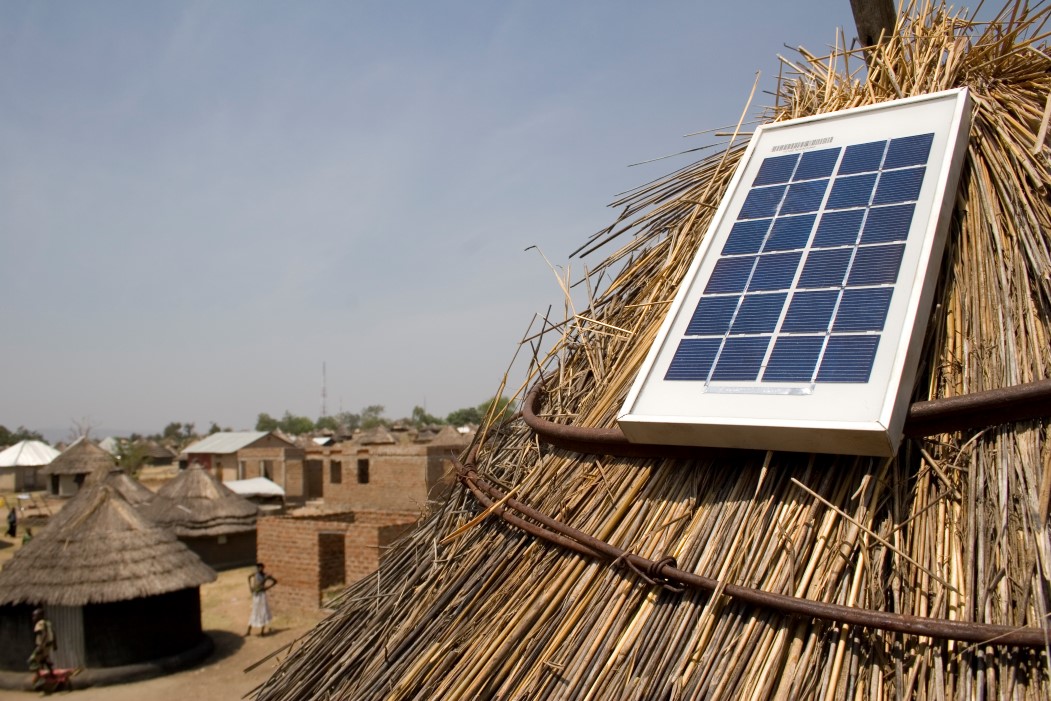 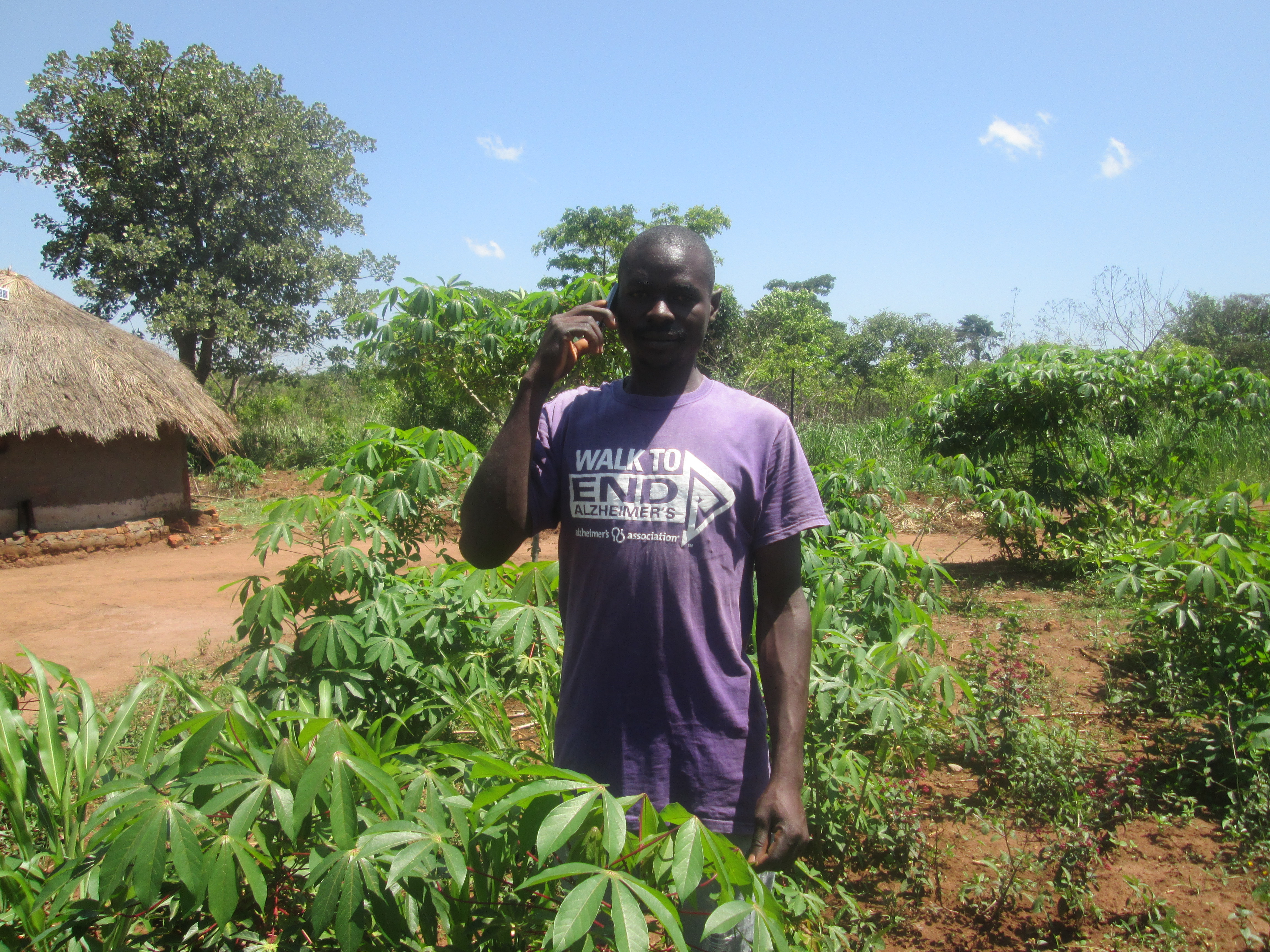 Azuri delivers pay-as you-go access to modern Internet services, using a combination of solar power and ‘smart’ mobile phones, to rural farmers in sub Saharan Africa. This access to information has been shown to transform agricultural productivity and produce increased revenues considerably in excess of the system cost.

Azuri Technologies is changing the way rural households in sub Saharan Africa gain access to modern energy and information services. The company’s world renowned pay-as-you-go home solar systems have already proved successful in removing the prohibitive capital cost of clean, sustainable energy by providing solar power at a price that is as little as half of that of the kerosene and market phone charging fees they eliminate. Azuri’s offering has now been expanded to include a smartphone, giving access to knowledge and information sharing via the Internet. In collaboration with Government extension services in Uganda and Ghana, Azuri has conducted early deployments to prove the demand for an affordable smart technology offering in such markets, giving rural farmers direct access to real-time information on farming techniques and market prices, as well as building a knowledge-sharing community using mainstream solutions such as WhatsApp. The early deployment has demonstrated how access to information plays a key role in improving agricultural productivity. With the provision of a smartphone, and the means to charge it at home, farmers can access information directly via the web, at the time and place of their choosing, rather than waiting for a week for consultation with outreach workers. Moreover, in rural communities where literacy may be low, the ability to view video and to share photographs marks a huge step up in usability from traditional SMS-based outreach services.

Agricultural productivity is enhanced via visual learning: Case in Focus: John, Smallholder, Lousewa, Central Uganda John has grown cassava for years. Using the smartphone he watched a video on modern cultivation techniques. “We used to grow cassava in deep trenches but the video showed planting in shallow tranches horizontally. I have now divided my field in two, half with the old technique and half with the new, and we will discover next season which works best!” Information is distributed more effectively across the local community: Case in Focus: Bernard, group leader in the Myanzi Cooperative Alliance Bernard’s work to support and enhance the lives of local agriculturalists and smallholder farmers has been facilitated in every aspect. “I don’t miss calls – my phone is always charged. I host meetings at home because I have light. I can answer any farmer’s question instantly.”

Azuri has combined mobile and solar technology to allow users to access energy and information on a pay-as-you-go basis. Paying only a small fee for installation, the customer adds credit to their unit each week via their phone, paying off the cost of the unit over time. The weekly cost is more than compensated for by the saving in spend on kerosene and in agricultural productivity gains.

Technology has the power to be transformative but is not sufficient alone; it is essential to also provide training on how to use and access features and functions. Thus, it is beneficial to link such projects to government extension services or agricultural bodies, where resources and infrastructure are in place to support and coach new users. Moreover, gaining commercial traction in such a range of markets across sub Saharan Africa has only been possible, and will continue to scale, due to the close relationships Azuri has forged with local distributors and entrepreneurs. On average, Azuri estimates that for each employee in the UK, there are 26 employees in Azuri’s partners in Africa.

Simply providing good lighting for the home enables rural farmers to work later in the fields and to prepare produce for sale after dark, increasing their productivity even before new knowledge is applied. The key feature of combining a smartphone with a PAYG solar home system marries access to direct knowledge with opportunity for social interaction, with farmers often forming groups at night, to learn and share ideas on improving farming practises. This development creates a compelling partnership opportunity for mobile network operators, who have extensive and established distribution networks to end-users, but who need devices to be accessible and affordable in order that they can provide phone tariff and mobile money services. The decentralised approach of powering each household or farmer individually also dramatically reduces the rollout time, where new ‘Azuri’ communities can be created in weeks rather than years.

Studies on Azuri’s wider impact have found that on average children study for an extra 2 hours per day, and women report being able to extend their day by 3 hours, enabling a range of other activities including crafts that can be sold locally. In providing clean solar power, to replace burning fossil fuels such as kerosene, Azuri also has a direct impact on the production of CO2 emissions, and the personal dangers of burns and smoke inhalation. In 2014, Planète d’Entrepreneurs assessed the social impact of Azuri’s solar home systems in Kenya. 100% of those surveyed strongly agreed with the statement “Now I have Azuri, I am using less kerosene”. Moreover, being able charge a mobile phone at home removes the need to travel to market for charging services, which can take up to half a day a week from a person’s productivity, and risks devices being stolen or damaged. These collective, wider benefits stimulate growth in rural agricultural economies at the local level.