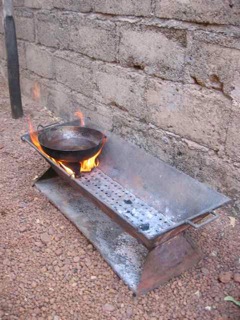 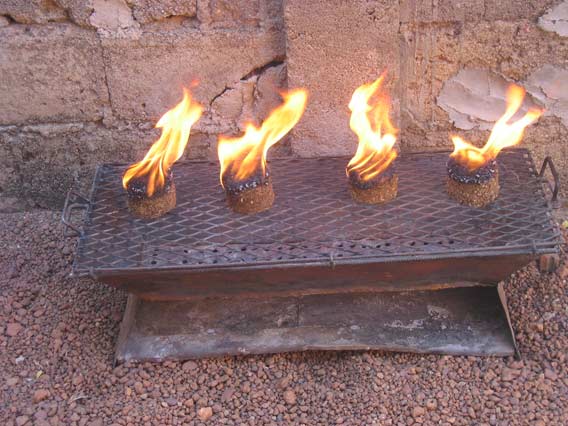 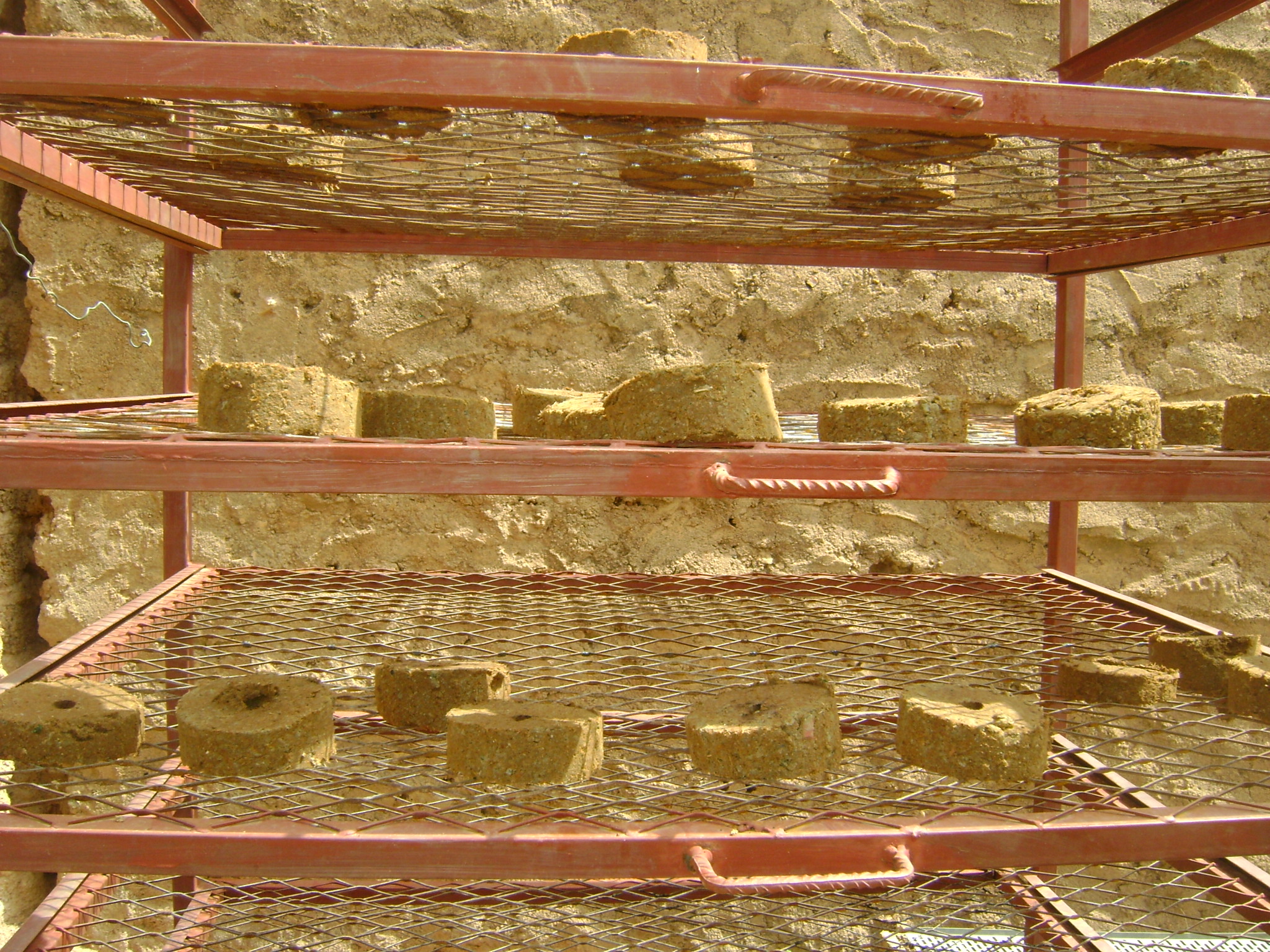 EnerCo aims to promote sustainable energy system based on the production and distribution of biomass briquettes and improved stoves. This project is in advanced stage. We acquired five (5) years experience since 2010 to the present day with this project.

We of booting the project in 2010 when receiving the Prize SEED 2010. This allowed us to conduct a pilot phase between 2011 and 2012 at obtaining National Energy Globe Award and finalist Burkina Faso price GVSC 2012. 2013 to the present day the project has become a social enterprise and environnemenal "EnerCo". The population in the cities is on the rise, therefore production and consumption habits in Burkina Faso are changing as well. This also means an increase in energy needs. Wood continues to be the main resource for households and all other traditional activities such as construction. The consequence is large-scale deforestation and the disappearance of indigenous trees and shrubs. 90 percent of the families in Burkina Faso use wood for cooking, which makes the situation even worse. Open stoves also pose a serious health hazard because they pollute the air and cause respiratory illnesses – one of the reasons for the high mortality rate in developing countries. EnerCo is offering a new solution to this problem. Biomass briquettes will help create green jobs and stop deforestation, but they will also help increase the quality of living for the local population and protect the environment. New eco-stoves will replace open fires and fuel-inefficient stoves. A pilot project was begun in three villages where biomass briquettes made from waste, straw, card board and other organic materials were tested. Community members were actively involved and a management committee was installed. Putting a stop to deforestation in Burkina Faso Eco-stoves for better human health and less damage to the environment Biomass briquettes instead of firewood Creating green jobs Biomass briquettes for energy needs all over Burkina Faso.

The direct beneficiaries of the project are primarily consumers of our products, namely all households that receive: -By The use of biomass briquettes, effective and cheaper fuel, their permettantde reduce their energy expenditure and thus contribute to the elevation of their level deviated. -By Using eco furnaces, a reduction in smoke emissions related health problems, as well as saving time facilitated by the effectiveness of this type of furnaces (60% compared to efficacitésuplémentaire traditional stoves). Finally, for rural people, our system is designed to save them time and effort spent in collecting firewood (4 hours per day on average).

EnerCo The project was launched in 2010 by Vincent Nikiema,specialties include issues related to ecological cooking. 1- Number of people involved in the pilot phase 5 permanent employees,10 volunteers of SOS Energie Burkina and 20 member communities Tanghin Dassouri and Goghin and Kayao, 35 people in all. In terms of local acceptance: it appears from our study that local communities show a real palatability vis-à-vis the proposed product -In Terms of quality and energy performance of briquettes binomial biomass / éco Stoves : it appears that the furnaces allow an energy saving of about 60%, and emit 70% less particulate matter than conventional furnaces. 2- Starting since 2012 (EnerCo Project Development Phase): Number Of communities involved : Ouagadougou and the villages of Tanghin Dassouri,Goghin and Kayao. BENEFICIARIES: -Number of people involved: Eight (8) permanant employees ,80 members in each community responsible for biomass harvesting,production and sale and the 10 volunteers of SOS Energie Burkina( 98 people in total). -Today, there are nearly 8137 homes that will heat based our biomass briquettes, or 5% of the target market segment and it is nearly 6336 households will be equipped with eco stoves, or 10% share market segment improved stoves.

Energy for Communities and the Environment abbreviated EnerCo is a social enterprise for environmental purposes.

The findings from this project show that there is a strong interest in biomass briquettes and biomass stoves, both on the part of households and craftsmen, schools ... the only brake factor is finance . Initially for awareness, we had to distribute free briquettes our families to allow them to test them.

To produce charcoal by traditional means, the trees must be cut, buried in the ground and burned, an extremely expensive process in which more than 80% of the potential energy of the trees is lost to the ground. Coal burning those trees also emits greenhouse gases contributing to climate change and drought, which, as many studies show, and will continue to hit the poorest. In Enerco we believe we can make a difference in the lives of the poor by providing affordable energy, safe and environmentally friendly. Instead of relying on stoves using wood or charcoal which directly cause deforestation, we propose alternative solutions.

Enerco The project was launched in 2010 by Vincent Nikiema,specialties include issues related to ecological cooking. The launch of this adventure also from their encounter with Steeve Amodio, an American engineer who trained them for the production of eco-stoves and the briquetting presses. Finally, this project would not have been possible without the intervention of Houot Xavier and Christophe Sanchez (student at ESSEC), two social entrepreneurs who have represented SOS Energy in the competition SIEED 2010, which enabled them to launch the project. - See more at:http://www.trophees-solidaires.fr/projets/mission-burkina-osons-lenergie-durable-au-burkina-faso#sthash.zjNzbpb2.dpuf. This ongoing project us achieved the following awards: -SEED 2010 Initiative -National Energy Award 2012 Burkina Faso -Finalist Price GVSC 2012. http://www.gsvc-essec.org/enerco-%E2%80%93-energie-pour-la-communaute/ http://www.energyglobe.info/awards/details/awdid/4655/ http://www.seedinit.org/awards/all/manufacture-and-popularization-of-biomass-briquettes.html#tabs1-details http://www.trophees-solidaires.fr/projets/mission-burkina-osons-lenergie-durable-au-burkina-faso http://fr.solarcooking.wikia.com/wiki/Association_SOS_Energie_Burkina_Faso