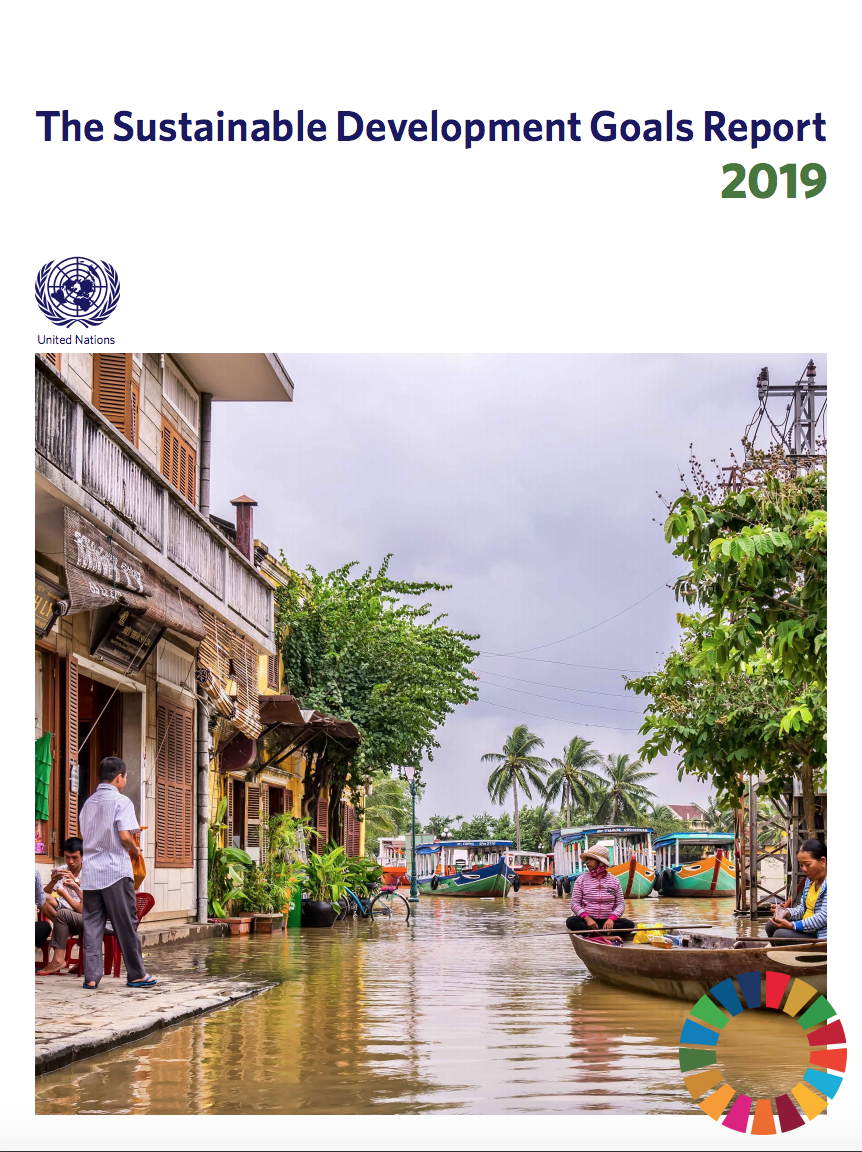 The United Nations 2019 Sustainable Development Goals Report carries a paragraph for each SDG. On SDG 7 there are three messages on world access to energy and two general warnings for all countries.

Nearly 9 out of 10 people now have access to electricity, but reaching the unserved will require increased efforts.

More people are using electricity than ever before, with the proportion of the global population having access to this service rising from 83 per cent in 2010 to 87 per cent in 2015, then accelerating to 89 per cent in 2017 (a gain of 1 percentage point annually in the past two years).

Still, 840 million people were without this essential service in 2017, mostly in sub-Saharan Africa. In that region, only 44 per cent of the population had access, and an estimated 573 million people still lacked electricity.

Globally, electrification of rural areas progressed swiftly between 2015 and 2017, but a large gap remains. In 2017, rural coverage was 78 per cent compared to 97 per cent in urban areas. This means that 87 per cent of the people currently without electricity live in rural areas. Future electrification efforts will face the complexities of reaching unserved populations, ncluding those who are displaced or living in remote, hard-to-reach communities and those connected to a frail and overburdened urban grid.


Message # 2 - Clean Cooking is lagging behind

Access to clean and safe cooking fuels and technologies has increased since 2010 at an annual rate of 0.5 percentage points, reaching 61 per cent of the global population in 2017. This is far too slow to meet the SDG target and still leaves nearly 3 billion people dependent on inefficient and highly polluting cooking systems, resulting in nearly 4 million premature deaths each year.

The lack of cleaner fuels and technologies remains a major contributor to poor health and environmental degradation in low- and middle-income countries.

In sub-Saharan Africa, advances in the use of clean fuels (such as liquefied petroleum gas, natural gas and electricity) and fuel-efficient stoves have not kept pace with population growth, in contrast to other regions.

Tackling the problem will require concerted action on the part of policymakers to address key barriers, including availability, affordability, reliability, limited financing and consumer awareness.

From 2000 to 2009, official international financing commitments for clean and renewable energy in developing countries ranged from $1 billion to $4 billion a year. Commitments rose to $9.9 billion in 2010 and to $18.6 billion by 2016, a tenfold increase from the early 2000s.

Progress in the electricity sector must extend to transportation and heating to meet an ambitious renewable energy target.

This category excludes traditional biomass use—that is, the inefficient use of solid biomass, such as the burning of wood, charcoal or other organic matter.

Most growth in renewable energy has been concentrated in the electricity sector. This is mainly due to the rapid expansion of wind and solar power, prompted by sustained policy support and cost reductions.

However, electricity makes up only 20 per cent of final energy use. The remaining 80 per cent is concentrated in the heat and transport sectors, where modern renewables penetrated only 9 per cent and 3.3 per cent of the global market, respectively, in 2016.

Meeting the ambitious SDG target will require increased policy attention to the deployment of modern renewables in both of these key sectors.

Energy efficiency continues to improve, but more concerted action is needed to reach the SDG target.

Improving energy efficiency—along with increasing energy access and affordability—is central to the global goal of reducing greenhouse gas emissions. Primary energy intensity, defined as total energy supply per unit of GDP, improved by 2.5 per cent in 2016, bringing the annual rate of improvement between 2010 and 2016 to 2.3 per cent. This is far better than the progress observed between 1990 and 2010, when annual improvements averaged 1.3 per cent.

However, it still falls short of the SDG target of at least 2.7 per cent. What’s more, the latest estimates for 2017 and 2018 suggest a slowdown in improvement.

To boost progress, governments will need to set their energy efficiency ambitions higher. Fortunately, a range of policy options are available, all of which have been implemented in some form, to spur efficiency gains and provide the basis for more effective action.

The world is making progress towards Goal 7 with encouraging signs that energy is becoming more sustainable and widely available.

The full report contains very informative graphs and is available to download at: https://unstats.un.org/sdgs/report/2019/The-Sustainable-Development-Goals-Report-2019.pdf